We returned yesterday evening from a five day long cruise around the southern Gulf Islands. While this is familiar territory for us, there are still many bays and small Islands

we haven’t yet explored. We visited a couple of favourite spots as well as a few new ones. We brought three friends along  on this trip, two of which we had known for all of ten minutes before Harry invited them to come away for the whole weekend with us. Jason and Freya are kiwis who have recently arrived in Canada, and when Harry heard that accent across the room at a friend’s potluck, they were in. Good thing we ended up all getting along great. Our friend Keiran Lavery also came along, a fellow electrician of Harry’s and a sunshine

coast kid like me. Thursday night saw us off to Bedwell harbour between North and South Pender Islands. Bedwell is one of our favourite anchorages. It’s right at the Beaumont part of the Gulf Islands National Park, so has beautiful hiking trails up to the top of mount Norman, and great beaches for a fire in the wet season. After a brisk sail up Haro straight, we arrived in Bedwell  late and had to have someone on the bow with a flashlight spotting boats and moorings as we anchored.

After an evening and a morning hiking around there, we took off for Prevost Island. Another one 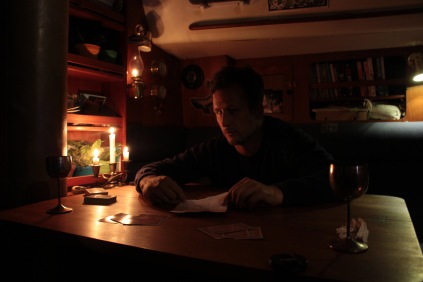 of my favourite spots. Prevost has a series of long narrow bays and a large population of harbour seals who seem to enjoy poking their heads out of the water lazily and following around our snorkelling friend. Prevost island is small, there is no ferry service, so you can only get there by private boat. A section of the island is part of the Gulf Islands National Park, while the rest of the island is still mostly forest and sheep farm. Prevost is primarily still privately owned by the descendent of an Irish farmer who bought the island in the

1920’s. It, and many other islands, are also part of the ancestral territory of the Hwlitsum, a Hulquminum speaking people currently seeking government recognition as a band in order to fight for their rights over some of their ancestral land. The Hwlitsum actually fought and seized a British Royal Navy ship in 1863, after one of their villages was shelled. There is more to that story, and I recommend digging around to find it out.

From there we made a stop-over in Ganges on Saltspring to visit the market there. There is a whole lot of delicious food and local arts there as well was pretty interesting people

watching and often live music. After the market we sailed up wind, tacking back and forth out of Ganges Harbour and headed across to Montague Harbour at Galiano Island. Montague harbour seems to be a popular camping spot, so was less quiet and secluded than prevost. However, the reason for it’s popularity is fairly evident as it is ringed with incredible white beaches composed entirely of tiny shell fragments. We didn’t experience 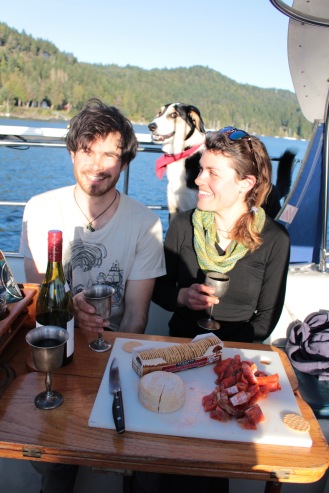 it this time, but I hear there is a shuttle bus that takes you from this bay to the Pub on Galiano. By this point we were loaded with a lot of delicious treats we had acquired at the Ganges market and so were enjoying smoked salmon and saltspring cheese on the boat.

The following day we had a very slow very relaxed sail in the sun to Browning Harbour on the other side of Pender Islands. Browning is closer to where most of the permanent population of Pender lives, the stores, the bakery and the pub. Some good friends of ours also live there in a beautiful tiny cottage beside a pond. The next morning it was time to head back to the city as Harry and I both had to be at work today. Although, it would have been pretty easy to just keep sailing around and exploring with good company and good food. We look forward to the next time! 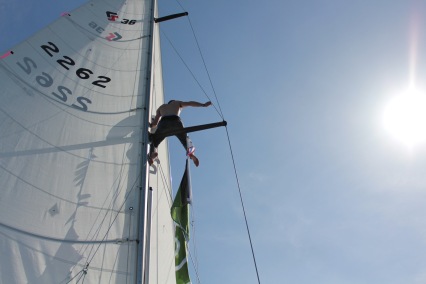 We are a young Kiwi-Canadian couple with a dog called Woody. We are sharing our experiences of sailing and living aboard, and hope to show how accessible such a life style can be on even the tiniest of budgets. If you're interested in the idea, or would like to follow our adventures, this blog is for you! We are presently based in the Salish Sea (Vancouver Island, BC) traditional Songhees and Lekwungen territory, and are exploring further and further afield. We endeavour to set sail for NZ and beyond in the years to come.
Follow Mamaku Sailing on WordPress.com
%d bloggers like this: